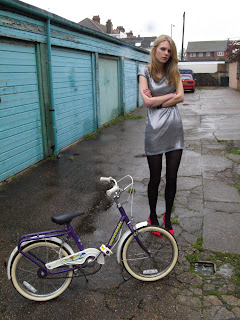 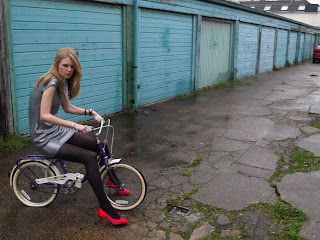 Got up early this morning to do a shoot with Grace, i borrowed this bike off my friend Olivia spent all yesterday trying to blag a bike looking at really cheap ones on a local site (found a few few really nice ones but had a tight budget of £15 tops) but this bike was great dark purple, covered in rust and had a little "Malibu beach" logo which was very 80's.
Took some more of these that need abit of editing also took some on film using both black and white and an expired colour film. Really excited to see the expired film though I'm not sure what to expect, got loads of different shots from different shoots and days out on it so i hope theres at least a few goodens.
More on www.flickr.com/photos/flickroonie
Posted by Beaz Neaz at 13:34